The Strand boys were big fans of Dexys Midnight Runners back in the 1980s and remain fascinated by the music and trailblazing exploits of Dexys’ main man Kevin Rowland. It’s fair to say that Kev is singular-minded in his approach to life, music, culture and fashion. It’s no exaggeration to say that he is a hero for Strand Records. In fact, the Strand boys used to talk about opening up a record shop and cafe called The Little Nibble in honour of a spoken word moment during the track This is what she’s like from 1985’s mighty album, Don’t stand me down. 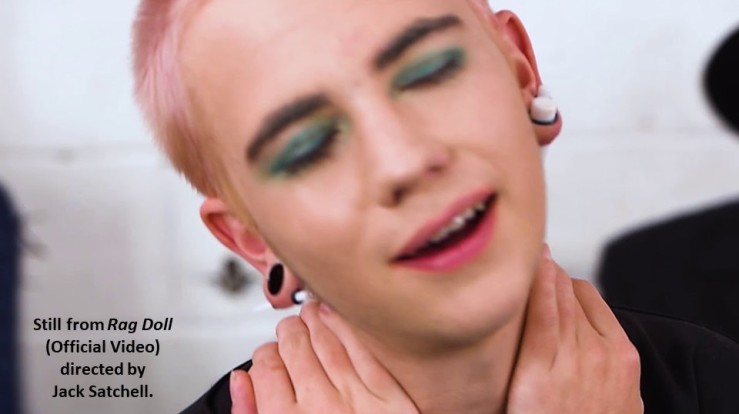 Anyway, why are we discussing Kev now? Well, it’s because of this amazing 2020 video for Kev’s version of Rag Doll which he released on 1999’s My Beauty album of covers. The video features Kev’s grandson Roo. The My Beauty album is being reissued on 25th September via Cherry Red. Rag doll was originally written by Bob Crewe and Bob Gaudio and was first released by the Four Seasons in 1964.

Back in 1999, My beauty was not only dismissed as an artistic and commercial failure but it was ridiculed for the sleeve; Kev wearing a dress and stockings during the ‘macho’ era of  ‘lad rock’. The backlash Kev received was frightening really.

In 2020, hopefully we can all celebrate the music of My Beauty and the spirit of the Rag Doll video. All of us are authentic. Many of us may have had to hide elements of ourselves for fear of ridicule or victimisation. We each have an identity. The wonderful music Kev creates is borne of his love, yearnings, defiance, honesty, frailties and passion. His very soul.

We all need to acknowledge the importance of humanity and acceptance.