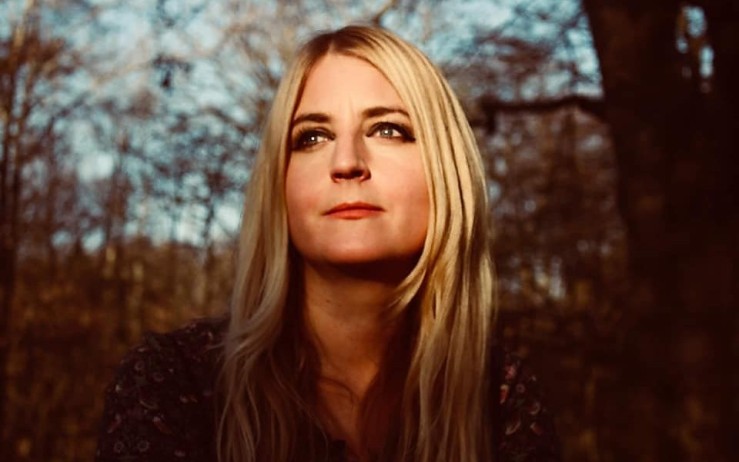 Any fans of high-end folk pop may wish to pre-order the debut album from singer-songrwriter Lavinia Blackwall via this link; Muggington Lane End album (Bandcamp)

‘Vinnie’ will be known to many as the former singer of Trembling Bells, the Scottish folk group who released several albums and singles between 2009-2018. Vinnie is backed on her solo recordings by a crack team of musicians known collectively as Stilton; Marco Rea (The Wellgreen, Marbles), Seb Jonsen (Helicon, Tomorrow Syndicate) and Jim McGoldrick (The Wellgreen).

Vinnie has a beautifully clear, pure voice and soaring vocal style which has drawn comparisons to Fairport Convention’s Sandy Denny in the music press. Vinnie writes remarkable music and lyrics as is evidenced by the singles, Waiting for tomorrow, Troublemakers and current single John’s gone.

Lavinia Blackwall and Stilton are big favourites of the Strand records team. We hope you enjoy them too.