In the mid-1960s, Gene Clark was the main songwriter and frontman for The Byrds. Although Gene departed The Byrds in 1966, his ability to write poignant, emotional and compelling music and lyrics never left him. Gene has an amazing back catalogue of compositions, but 1974’s No other album is arguably his crowning achievement.

Gene Clark certainly had the looks and the talent but he rarely seemed to have the timing or the luck to commercially push on from his time in The Byrds. Gene’s natural ability meant that he retained many supporters in the music business and, in 1974, David Geffen provided Gene with a recording budget of $100,000 to record No other. As you can tell upon listening to the album, every single dollar was well and truly spent.

Gene took the No other songs to L.A. producer Thomas Jefferson Kaye who created an incredibly stylish, opulent and multi-layered sound featuring an army of supporting players. On No other you will hear sophisticated, challenging arrangements featuring gospel choirs and swathes of swirling strings. Gene Clark wrote scores of amazing songs but on No other he seems to reach that little bit higher and dig that little bit deeper with Kaye encouraging him all the way. Of course, beneath the lavish sound we must remember that Gene’s songs are both strong and exquisite. Gene could probably play these songs backed only by a kazoo and they would still sound beautiful and delicate yet simultaneously powerful.

Creating this spiritual singer-songwriter classic took time and the ‘project’ ran over budget. This displeased David Geffen greatly. As a result, he provided no money for promoting the LP and so the album went criminally ignored upon release. In fact, No other remained misunderstood for c.20 years until interest in this outstanding piece of art began to grow. There was a dawning realisation that No other could no longer be casually dismissed as a piece of seventies cocaine-fuelled excess, but that it was a timeless work of great beauty, intensity, spirituality and emotion. It is no exaggeration to consider No other alongside Love’s Forever Changes and Van Morrison’s Astral Weeks.

4ad Records have released a remastered version of No other with the first ever 5.1 surround mix of this album (created at Abbey Road).

We are currently stocking the reissue album.

Please note that, in addition to the purchasing option below, we can also offer 1st class postage and next day delivery options as well as click and collect. There is also free local (Stoke-on-Trent) delivery on orders over £30. If you require any of these options, please just contact us. 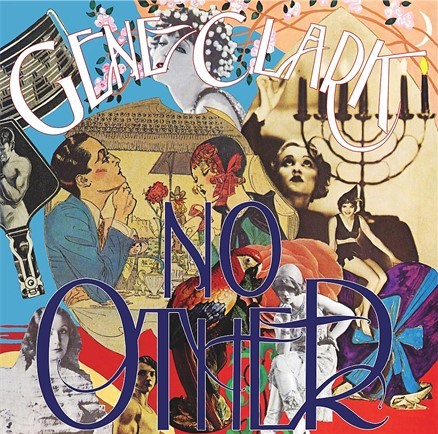 New vinyl reissue of the 1974 classic on 4ad Records. The original tapes have been remastered at Abbey Road to create a 5.1 surround mix of the LP for the first time. Please note that this price includes second class postage and packing.